Event Starts in:
Header time Line
Add to Calendar 05/20/2021 9:00 AM 05/21/2021 4:00 PM Eastern TECHSPO Toronto 2021 Where Business, Tech and Innovation Collide in Toronto! TECHSPO Toronto 2021 is a two day technology expo taking place May 20th - 21st, 2021 at the luxurious Toronto Marriott Downtown Eaton Centre Hotel in Toronto, Ontario. TECHSPO Toronto brings together developers, brands, marketers, technology providers, designers, innovators and evangelists looking to set the pace in our advanced world of technology. Exhibitors showcase the next generation of technology & innovation, including; Internet, Mobile, Adtech, Martech and SaaS technologies. Be prepared to be inspired, amazed and educated on how these evolving technologies will impact your business for the better. As part of TECHSPO Toronto is a limited attendance event, DigiMarCon Canada 2021 Digital Marketing, Media and Advertising Conference (https://digimarconcanada.ca). If the conference is where the learning, theory and inspiration happens, then the TECHSPO floor is where the testing, networking and product interaction takes place. The TECHSPO floor is free to attend (for a limited time)! Register today! For more details visit https://techspotoronto.ca. Toronto Marriott Downtown Eaton Centre Hotel, 525 Bay St, Toronto 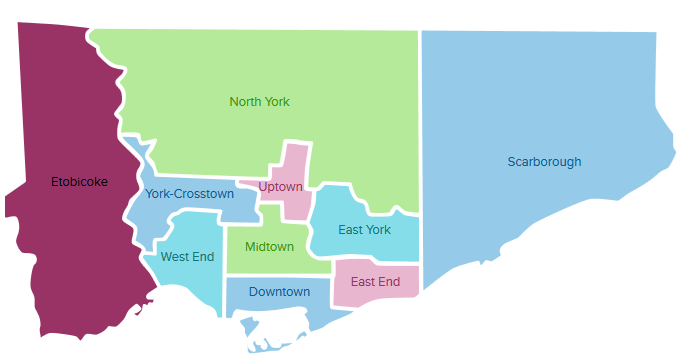 The strength and vitality of the many communities that make up Toronto, Ontario, Canada allows the city to gain its unofficial nickname of “the city of neighbourhoods.” There are 140 neighbourhoods officially recognized by the City of Toronto and upwards of 240 official and unofficial neighbourhoods within the city’s boundaries. Before 1998, Toronto was a much smaller municipality and formed part of Metropolitan Toronto. When the city amalgamated that year, Toronto grew to encompass the former municipalities of York, East York, North York, Etobicoke, and Scarborough. Each of these former municipalities still maintains, to a certain degree, its own distinct identity, and the names of these municipalities are still used by their residents, sometimes for disambiguation purposes. The area known as Toronto before the amalgamation is sometimes called the “old” City of Toronto, “Toronto proper”, the Central District or simply “Downtown”.

The “former” City of Toronto is, by far, the most populous and dense part of the city. It is also the business and administrative centre of the city. The uniquely Torontonian bay-and-gable housing style is common throughout the former city.

The “inner ring” suburbs of York and East York are older, predominantly middle-income areas, and ethnically diverse. Much of the housing stock in these areas consists of old pre-war single-family houses and post-war high-rises. Many of the neighbourhoods in these areas were built up as streetcar suburbs and contain many dense and mixed-use streets, some of which are one-way. They share many characteristics with sections of the “old” city, outside of the downtown core.

The “outer ring” suburbs of Etobicoke, Scarborough, and North York are much more suburban in nature (although these boroughs are developing urban centres of their own, such as North York Centre around Mel Lastman Square). The following is a list of the more notable neighbourhoods, divided by the neighbourhoods’ location based on the former municipalities, the names of which are still known and commonly used by Torontonians.

Toronto has many groups and associations to deal with neighbourhood issues, and larger umbrella organizations organize events to deal with broader issues. 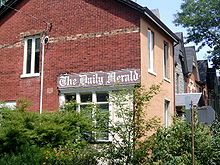 Old Toronto refers to the City of Toronto and its boundaries from 1967 to 1997. It is sometimes referred to as the “South” or “Central” district, and includes the “downtown core”. Some of these names such as “The Fashion District” are (or were) used as marketing for the areas or by BIAs; this area is actually called “King-Spadina” by locals. Another example is the “Old Town of York”, known also as “King and Parliament” (although that intersection is one block east of the original ten blocks that formed the old town).

Many were recreated or named to reconnect the areas with their past history, early beginnings, or even recent use and prominence. Some historical city ‘wards’ used in the 19th century are no longer used: St. David’s, St. John’s, St. Paul’s, St. George’s, St. Andrew’s, and St. Patrick’s wards. There was a ward named for the patron saint of each of the three British nationalities: English (St. George), Scottish (St. Andrew), Welsh (St. David) and the Irish Saint: (St. Patrick). St. George, St. Andrew and St. Patrick still survive as subway stops, though St. George station is not named after the ward, but after St. George Street, itself named after Quetton St. George, a local resident. St. Lawrence’s Ward (named after the patron saint of Canada and the river) remains, known today as “St. Lawrence”. St. Paul’s (named after the saint) remains as the name of an electoral district for each of the three levels of government, although the electoral district has very little to no overlap with the historic St. Paul’s Ward and beginning in the 2015 Canadian federal election, the electoral district was renamed Toronto—St. Paul’s.

For the purposes of geographic distinction, the neighbourhoods of Old Toronto are broken down into four subsections: 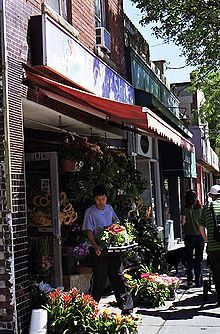 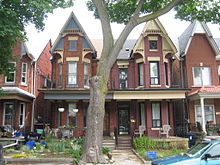 An autonomous urban borough until 1997, East York is located north of Danforth Avenue between the Don River and Victoria Park Avenue. East York was an exclave of York from 1922 to 1924. East York developed contemporaneously with the West End of old Toronto, and it is similar in form and character. In 1967, East York was expanded to include the Town of Leaside. Since the 1998 Amalgamation, it is administered together with old Toronto, and separate from Scarborough, North York, and Etobicoke-York, by the “Toronto and East York Neighbourhood Council”.

East York itself is commonly divided into two zones, with mainly Edwardian urban neighbourhoods situated south of Taylor-Massey Creek, and referred to as Old East York.

Etobicoke is on the west side of the Humber River. Before the 1967 Amalgamation, Long Branch, New Toronto, and Mimico were villages independent of Etobicoke. It was a separate city until the 1998 Amalgamation.

Etobicoke is often divided into three zones: northern, central, and southern, roughly approximate to that of the federal and provincial ridings.

Scarborough is on the east side of Victoria Park Avenue. It was a separate city until the 1998 Amalgamation. West Rouge was transferred from Pickering to Scarborough in 1974 as part of the establishment of Durham Region. It was also the largest former municipality by area.

North York is located north of York, Old Toronto, and East York. It was a separate city until the 1998 Amalgamation. North York is sometimes divided by two sections by Yonge Street.

York is situated between Old Toronto and North York, west of Bathurst Street (aside from the neighbourhood of Tichester at the southeasternmost corner of the former city). Weston was independent of York until 1967. York was a separate city until the 1998 Amalgamation.

For administrative purposes, the City of Toronto divides the city into 140 neighbourhoods. These divisions are used for internal planning purposes. The boundaries and names often do not conform to the usage of the general population or designated business improvement areas. A number of neighbourhood maps of Toronto do exist, some produced by real estate firms and some by Internet portals. A project to map the neighbourhoods according to the common usage of the residents was done by the Toronto Star newspaper. Based on feedback from Star readers, it has produced the most comprehensive, albeit informal, neighbourhood map.

After the update of Toronto Multiple listing service (MLS) on July 5, 2011, the Toronto Real Estate Board (TREB) introduced a new searching mechanism for the Toronto MLS, used by real estate agents operating in the region. MLS searches can be refined at three levels and MLS users can search houses by area, then by municipality, and then by neighbourhood or community. As with the other MLS services for other jurisdictions, it uses Microsoft’s Bing Maps for its mapping features. This was the first change of this magnitude in about 50 years of Toronto MLS history.

The change was designed to eliminate the obsolete coding systems whereby Greater Toronto was divided into 86 artificial districts denominated by alphanumeric codes. Due to the growing population in the city and the increasing difficulty of browsing the code-based system, the TREB made a radical change, which is intended to simplify the use of MLS for real estate agents as well as home buyers.

Because Toronto is an enormous municipality of its own, the core city area will continue to be split into coded districts, although each of the districts will in turn contain neighbourhoods. Hence, the City will be easily searchable as well.

There are also several dozen city designated business improvement areas, covering almost all of Toronto’s commercial areas. Some of these serve a particular ethnic group or several similar ethnic groups. 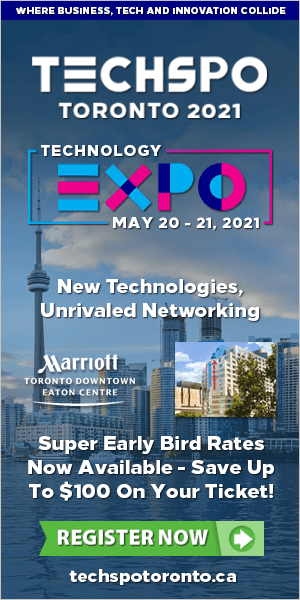